If your just checking the blog today, scroll down (trust me it’s worth it). This is actually part two of a post. There was too much for one post.

On to Knit Out New York. Holy @^%$ that’s a lotta knitters in one place! I got there at 11:58 am (it started at noon), and there were already thousands of people there. Usually I love being around knitters, but being around 30,000 knitters when free patterns, free yarn, and free needles are being given out, was not for the faint of heart. I don’t know what the heck was going on at the Michael’s booth, but those women looked like they’d kill you just as soon as look at you, so I kept moving. 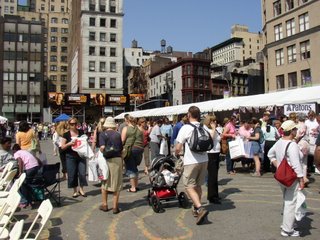 I enjoyed the fashion show. The dogs were really hard to photograph, because they moved kinda quickly. The kids were even harder to photograph. All my kid shots came out blurry. Here are some of the doggy fashion show. 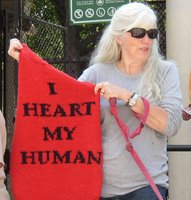 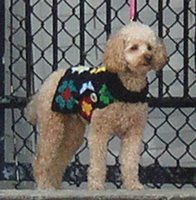 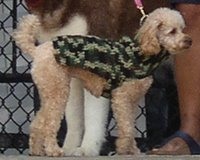 (the dog wouldn’t put on the sweater) 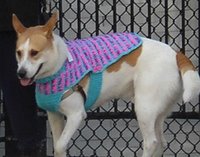 The human fashion show was really long, but the always fabulous Yarn Harlot kept things lively. The whole show broke down into three distinct groups:
1) things I would knit and wear
2) things that I admire, but wouldn’t wear
3) just because you can knit it, doesn’t mean you SHOULD knit it

1 – Things I would knit and wear 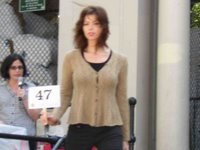 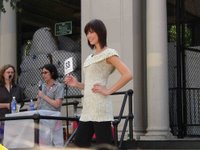 (I liked this as a top, but was horrified when they said it was a dress. Is the designer high?) 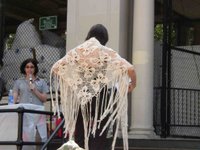 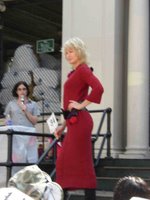 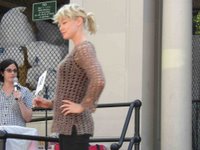 2- Things that I admire, but wouldn’t wear 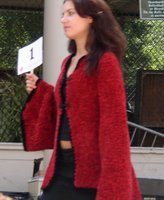 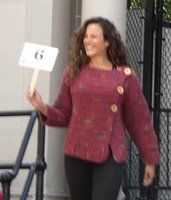 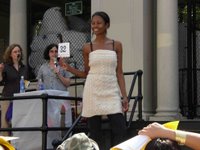 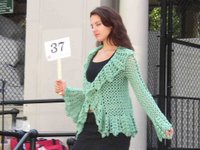 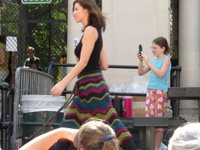 3- Just because you can knit it, doesn’t mean you SHOULD knit it 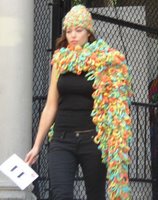 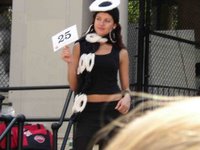 (What’s with the plate on her head!!) 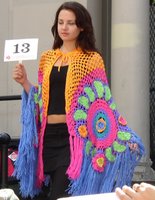 (RONG – Wrong!)
After the wool fashion show in 89 degree weather, it was time for a B&N iced coffee break before meeting up with the Sit n’ Knit NY group. I met some really cool knitters. I hooked up with some of my fellow bloggers, Annie, Hila, Necia. I also met this amazing spinner, Christina. She taught me how to ply the two singles that I’m going to spin. She even drew me a little sketch of how to make some crazy cardboard box thing. Can’t wait to try it. Thanks all. 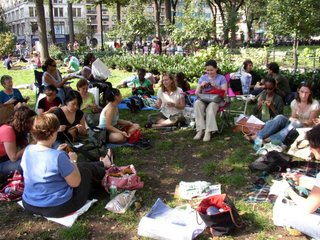