Today’s post is going to be light on knitting content, and heavy on life (catch up) content. My life will be back to . . . all about knitting, as soon as possible.

It’s been a crazy two weeks. First I had to survive the holiday rush of extra performances and extra rehearsals, then I moved to a new apartment, then my husband David came to visit for a week.

First the apartment . . . I’m SOOOO much happier at the new apartment. It’s called the Steinhart. It’s an old hotel that was converted into apartments. The lobby is gorgeous 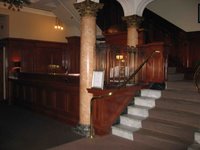 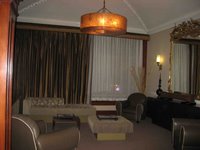 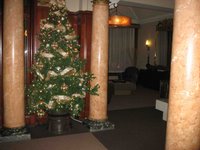 and my apartment is really cool. It has a Murphy bed in the living room, so I could even have guests (yeah)

I’ll add pictures of my apartment on my next post.

Things are going well at Jersey Boys. We are breaking all Curran box office records. The theatre is really beautiful. Here are some pics: 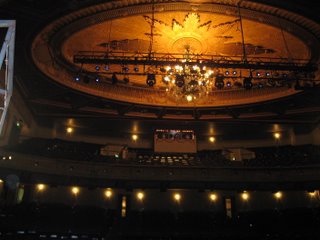 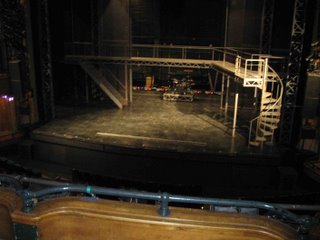 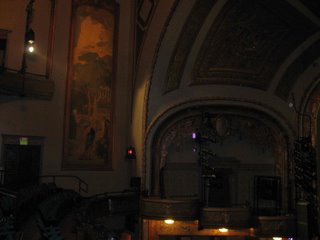 David’s visit was fab! The best part was our trip to Napa on Dec. 24th – 26th. David booked a great spa/inn for us called The Milliken Inn/Spa. It was right on a creek and the grounds were really pretty 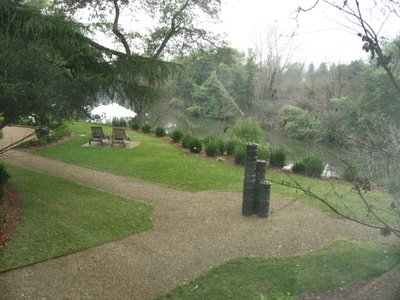 the room was really nice too. It had a fireplace & whirlpool: 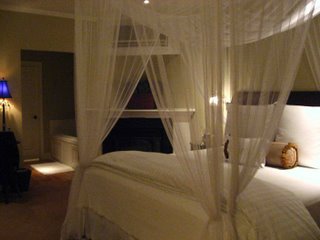 and the BEST was the side by side massage he booked for us in the spa. 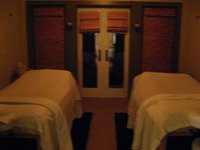 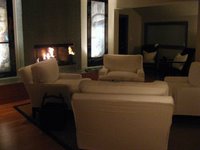 We went to two great restaurants on Christmas Eve and Christmas day. We visited some wineries on the 24th and the 26th. Since most places were closed on Christmas day we brought up some DVDs and watched movies in the room and then went for a drive and had lunch at fancy hotel famous for their view 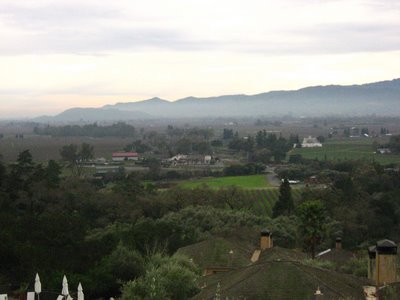 After working my ass off at the theatre, a weekend of wine tasting, spa, hanging out in a great inn, dinners at fantastic restaurants, and (of course) KNITTING, was JUST what the doctor ordered.

As for the rest of the week, it was all two show days and understudy rehearsals. David and I managed to squeeze in a few moments of fun. Had an amazing brunch at Dotties (thanks Francesca), and a walk through North Beach, and a walk up (gasp) Russian Hill 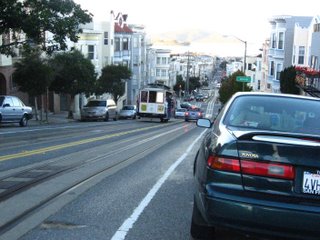 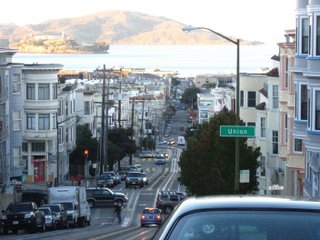 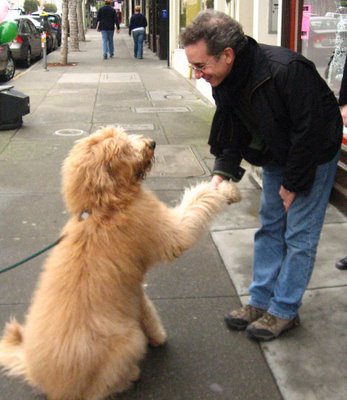 For New Years Eve, we had a 7:30 pm show and then the producers booked us a room at a rearby restaurant. It was pretty fun especially once the dancing started. I’ll end with a few of my New Year’s pics. More knitting news next time – I promise: 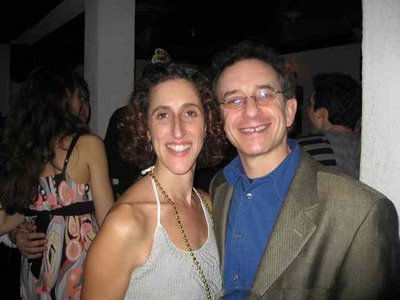 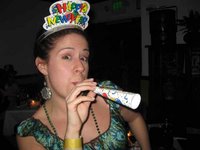 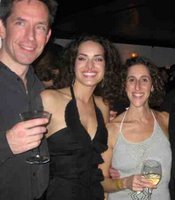 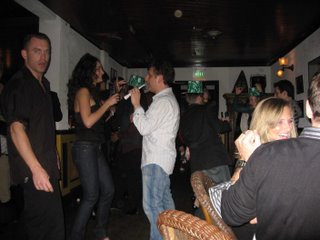 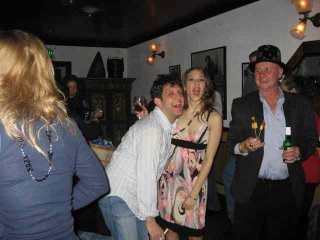 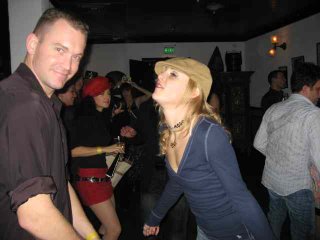 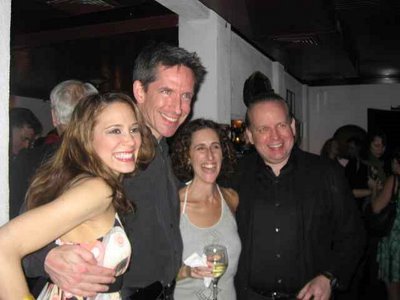