Musings on the Tonys and How SMASH got it wrong 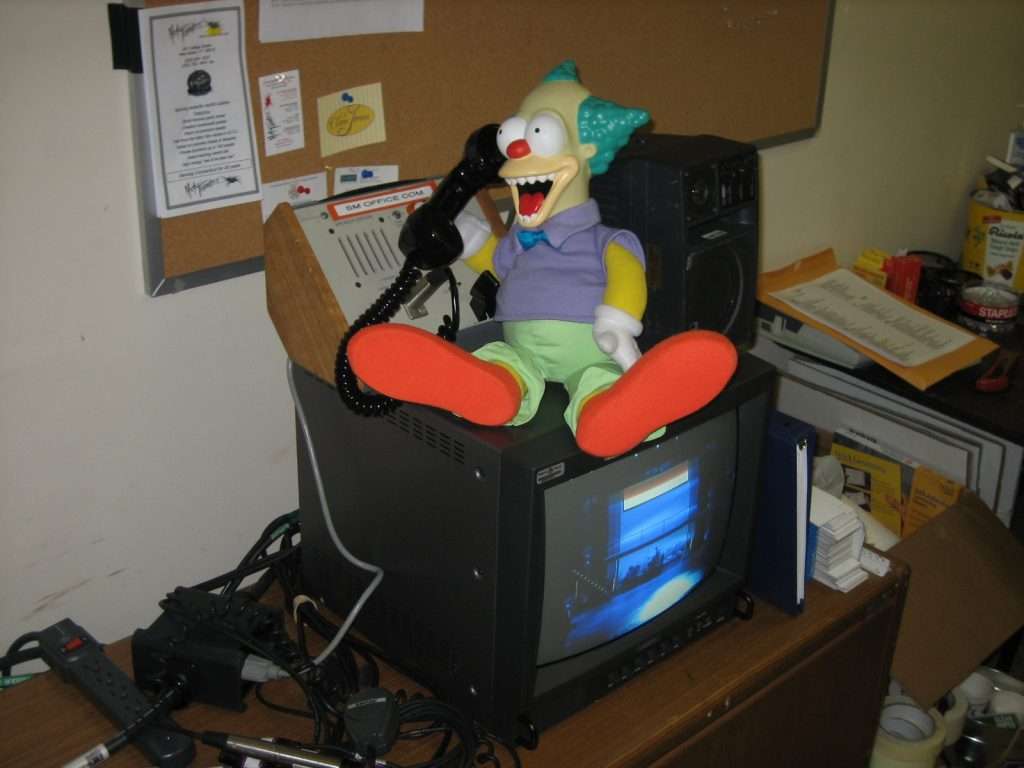 Last night was Tony night.  We had friends over (as we usually do) to watch the show, and it was great. People often ask me if I miss my life in theatre, and the answer (and it’s always genuine) is no, I really don’t.  I love my life as a knitting teacher, I love working with knitters . . . but once a year, when I watch the Tonys I am filled with good memories.  That’s the thing about distance, it allows you to see the wonderful without the mess of the negative.  When I remember my 22 years as a Stage Manager, I now get to look back on all the laughter and not focus on the back breaking hours, the heart break and the stress.

I remember laughing so hard, late at night, during tech, between shows, on a three show weekend, during a five hour put in rehearsal – hanging out in the wardrobe room playing online Scrabble with Jessica, searching for any chain restaurant while out of town with Michael, watching Tripp delight in the talking Krusty doll on the god mic (what we call a PA address in theatre), talking with Mama Kelli, Sara and Cara in the “vault” that is the dance captain’s room, so many memories of fun and affection and laughter.  . . and that’s when it hit me, what SMASH got wrong.

I had my fun along with the rest of the theatre peeps, groaning about how SMASH got it wrong.  All the technical silliness – the doorman that let an actress wander into backstage and the ASM that said “wait in the wings” (during a show), or the SM that said the hilarious “places for the final number”, like they were doing a Miss America Pageant, or the rehearsal of the intermission shift on the dinner break before a preview (cause there’s nothin’ an IATSE crew wouldn’t do on a dinner break – if the show needed it), or the quick change that involved the dresser basically handing the actress a dress and then watching her change, but it wasn’t any of those things.  That’s not what they missed.  That’s not what they got wrong.  Nobody laughed, nobody had fun, they were all so serious, so very tragic.

That’s why it made a life in the theatre look bad.  Not because of all the stupid, silly, ridiculous things that could never, would never happen, but because nobody, ever seemed to have fun, no one ever seemed to laugh!

The TNNA you never knew (the needle arts association)

What Does Broadway and Knitting Have in Common?