This will mean more to New Yorkers, but no matter where you live, we’ve all experienced the need to use Knitting for spacial justice. That’s right, I’m talking about

Knitting on the subway.

Manspreading has been in the news quite a bit here in New York, but this is a tale of people who take up more than their share of space, and (spoiler alert) they are not always men.

We’ve all seen them, we’ve all sat next to them, or tried. The people on the subway, usually men, sometimes women, who just take up more space than they should. On the newer subway trains, the bench between the door and the post seats three, normal human buttocks. Usually when I see those men that sit with their legs spread wide open trying to take up two seats, I say “excuse me”, take my seat next to them, force their legs closed with mine and enjoy my rightful seat on the subway. Today there was a woman who decided, in rush hour, to take up two spaces. I said “excuse me”, she moved two inches, I squoze between her rude little self and the post. There was still 4 or 5 inches to her other side, which she chose to keep open. I took out my knitting, and in the normal action of knitting, knocked her arm (that was hanging directly over me), with every stitch. She said “why you knocking into my arm, do you have to do that?” I replied with a smile that would melt butter “no I don’t, you’re free to move over the 5 inches to your right”. A few more stitches and she started to slowly inch to the right. By the end of the row, she was taking up the space of one human.

Thank you knitting. You ask so little, yet you give so much. 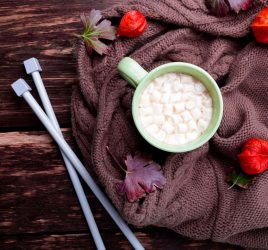 8 Last-Minute Gift Ideas You Still Have Time to Knit 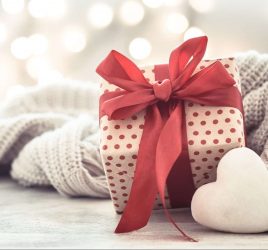 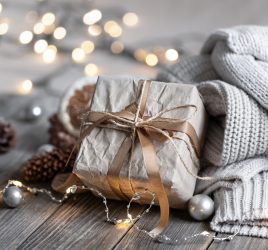