I will never forget the day I got the call, the call from herself. There are some fashion icons so famous, so immortal, they only need one name, and their association with their designers have made the designer’s name immortal too. Audrey and Givenchy, Jackie and Oleg Cassini, Cher and Bob Mackie. Would it be possible? Could it be possible? Dolores and Patty.

Just then I got a text. She’ll be in New York next week. She’ll be coming by my studio to get started. At this point I had to put my head between my knees and breathe into a paperbag. It was my turn to design for Dolores.

Ms. Van Hoofen, contacted me because she was going on a “fancy schmancy” (read stuffy) cruise ship with Franklin Habit. She said it had been, not so subtly suggested to her (by someone who shall not be named) that she might want to bring something a bit classy for formal night or for sitting in the library.

I got a text that she was going to be in NY a week before the cruise so I better get on it. Okay, so this was happening. First things first, it was time to take some measurements. Ms Van Hoofen arrived for our 10am appointment at 12:17 sharp. 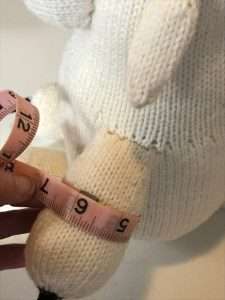 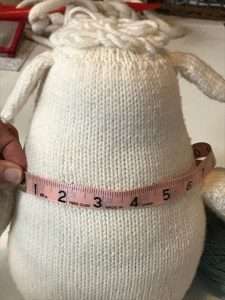 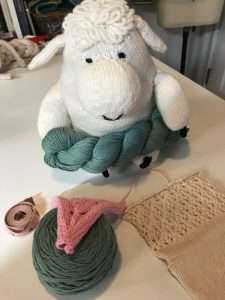 I thought all and all our first meeting went well. I felt like I had a good sense of what she was looking for. She asked for room in the “tuckas” because baby got back, and requested that she should look good both coming and going. It should be classy but not dull.

I said I would be ready for a muslin fitting of the basic shape later that afternoon. She suggested she go get a quick “beverage” and come back in and hour or five. I tried to show her the lovely Granville yarn that I had in mind that I thought would be perfect for a cruise, and some swatches I had been working on. She mumbled something about yes, nice, soft, soft, beverage now.

I asked no questions.

A mere 12 hours later, she was back. Again, I asked no questions. I slipped the muslin over her head, made some quick marks, and as she disappeared into the night as I collapsed in a heap of my own sweat and tears. Day one was done. 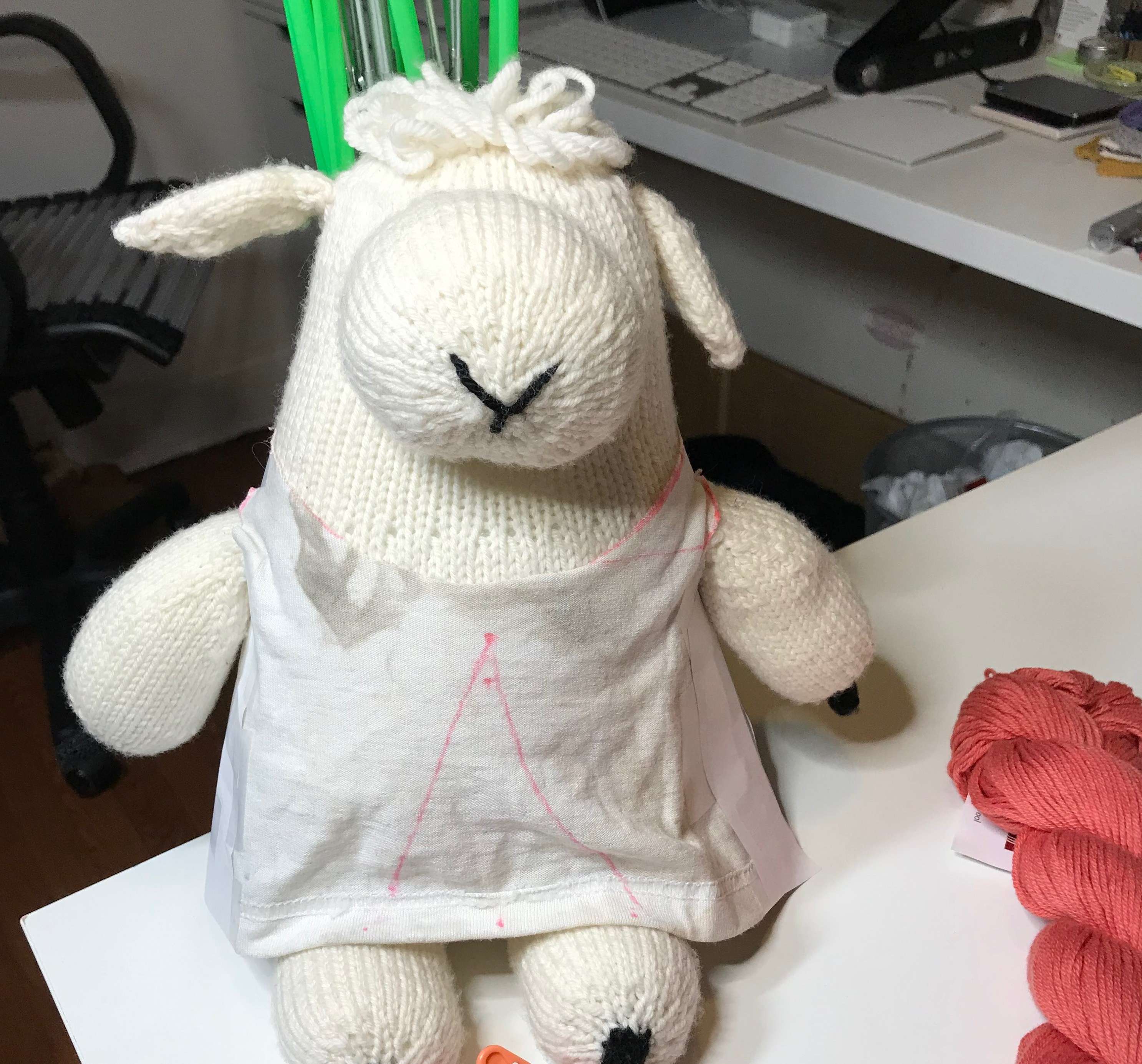 My first pass was a simple swing shape with a high neckline and short lace sleeves. I sensed she was not pleased with the design when it came back to me in the mail with the simple note scrawed across the width of the sketch in lipstick – “Zzzzzzzzzzzz”.

Now it was panic time. She left for the cruise in a matter of days and I had nothing. I bluffed. I told her to come back to the studio tomorrow and I would have the perfect design.

I remembered the comment about looking good coming and going so I thought a lace pleat in the back might do the trick. She came back to the studio for a second muslin fitting, and she was still not pleased. Apparently the high neckline did not let the “girls shine.” I said I could lower the neck line to a deep scoop in the front, did a quick change to the sketch, but, the way she was looking at me over her glasses and not saying a word spoke volumes. I asked her to describe an average night on the cruise. When she mentioned that after the stuffy dinner and  poetry talk she usually was successful in ditching “the guy with the glasses” and then the real fun began, I had an idea! 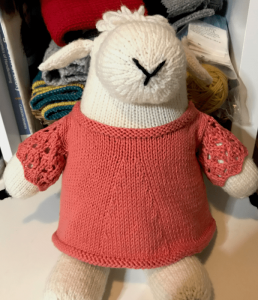 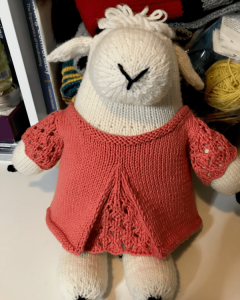 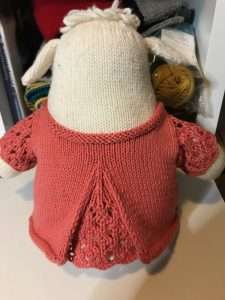 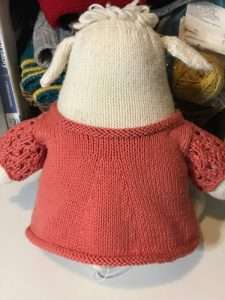 I thought every knitter would want to be able to embrace their inner “Classy / Sassy” Dolores, so I asked her how she felt about me making a pattern for everyone to knit. She said she found the idea of other’s trying to emulate her style equal parts “distasteful and charming”, but that was followed by a simple “what the hell”.  So dear knitters, you will be able to knit your Dolores outfit and then a matching one for yourself!! That’s right, mark your calendars with a big old…

We cast on for the Knit Along on April 1st.

(Please don’t tell me who wore it better. We know who did.) 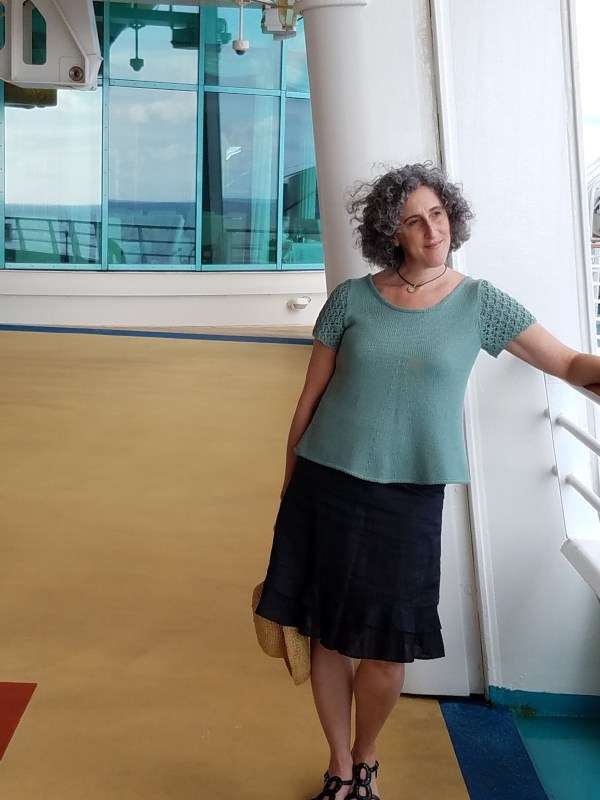 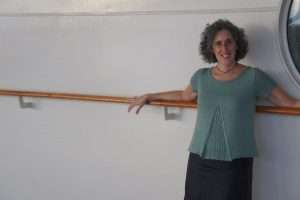 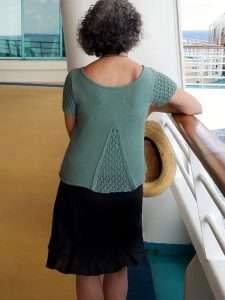 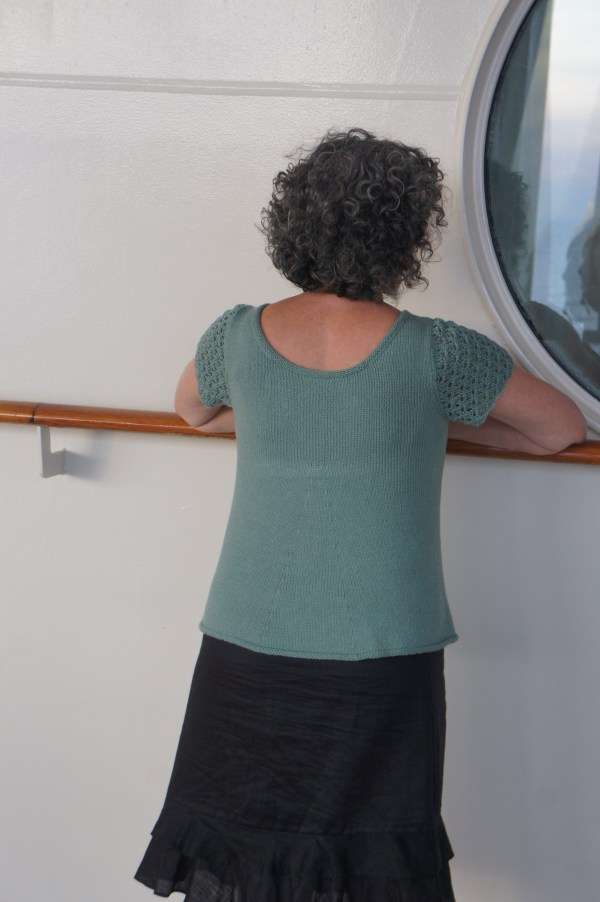 To join my current Video KAL, check out Labadee Cowl. We JUST started. Jump in anytime! 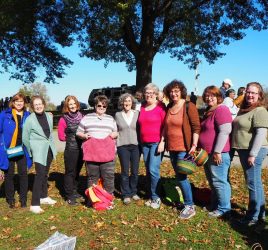